One of my recent orders has been for a snaffle bridle to fit the Breyer Classic scale Haflinger pony. I didn't have one of my own so decided to order one, as I knew it would be a bit dodgy doing this one from measurements. The cheapest way to get Breyers here in Australia is to buy them from the UK! It takes a week or so for them to arrive but then again the domestic post usually takes that long anyway. I also bought a Classic scale warmblood (the Selle Francais), and a Heartbreaker and Valentine set (or whatever they're called). I don't generally pay too much attention to Original Finish models unless I know I'll need the mould for tack fitting purposes! I do enjoy customising them so they will all become fodder for that. I like the resculpt part but not really the painting part so I'll get someone else to do that!
For the pony, my idea was to get rid of the huge mane and forelock to make her a bit more tack friendly. When she arrived, it's pretty clear she's not true classic scale. Much bigger in fact. I think she'd make a good small pony in Traditional scale. Anyway, just as I was about to start the bridle, I was mooching on MH$P as one does, and came across a gorgeous customised Haflinger by Frances Stevens. Just had to have her, as she was almost perfectly in the image of what I had intended for my original model. She had cute little braids, and a very pretty colour which any little girl would adore! 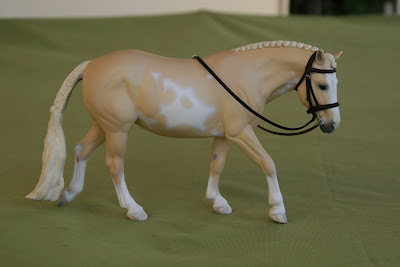 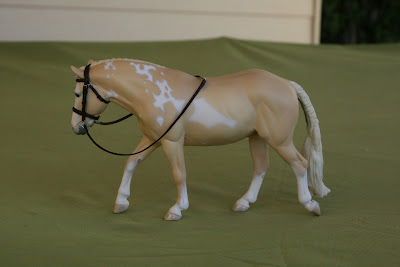 She arrived last week and I got the bridle finished at the weekend. She made the bridle fitting a lot easier! I made two browbands for the bridle, one to keep intact, and the other can be chopped up if the owner needs it to fit around the forelock on the original model. 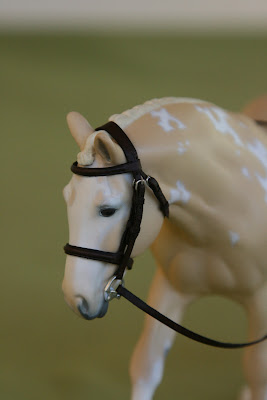 I've given her the suitably cute name of Mayblossom
Posted by Four Corners Tack at 1:24 PM 2 comments:

I was very happy yesterday to finally put Caitlin's Australian set in the mail to her! Overall I was really happy with how this one turned out, and along the way have found some cool new supplies. The best discovery was bookbinding kangaroo leather from Packer Direct. They had a sale on and I purchased 4 skins, for $15 each. I would say each skin is about 5 sq.ft., so that was a pretty good deal. I ended up with skins in black, whiskey, brown and brandy. The black and brandy are really nice colours, the brown and whiskey not as nice. But it re-dyes very easily so all of it will be put to good use. 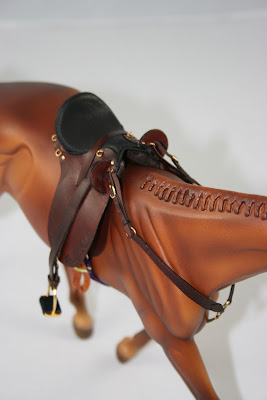 For this set I used the brandy coloured hide but went over it again with All-in-One Cherry Chocolate to get a deeper colour. The All-in-One also conditions and seals the leather and this particular leather went exceptionally soft and shiny. It also brought out the tooling really nicely. One thing I did learn is that it's much easier to apply the dye on a larger piece, then cut out the patterns. 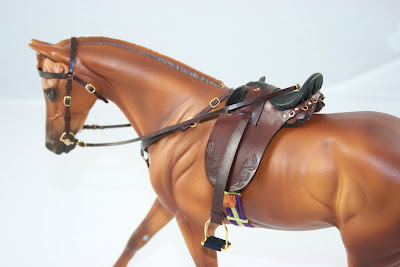 Most of the hardware on this set is cast. The bridle buckles are particular favourites of mine and are the swedge type buckles made by Sulser Saddlery sold through The World of Model Horse Collecting on ebay. 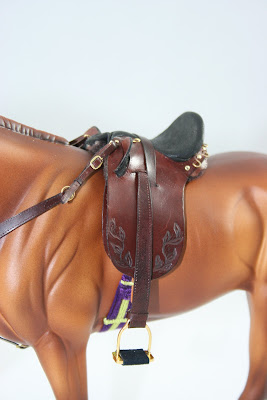 Caitlin requested a purple and lime green colour theme for the girth, as she has lots of accessories to match. I'm sure it will certainly stand out! The stirrup leathers are fully adjsuatble much in the same way as western fenders, with the buckle near the stirrup but concealed between the folded leather. 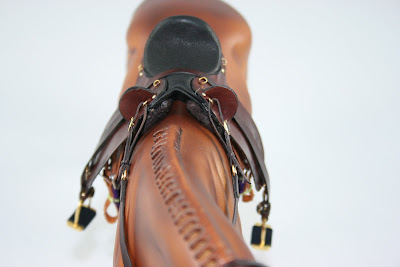 Posted by Four Corners Tack at 7:56 AM 2 comments:

I have a couple of blog posts to write up so I'll start with the first one I should have done 6 weeks ago!

I went to the Ultimate Gold Live Show in July, my first Australian live show. All in all it was pretty similar to shows in the UK, the only major difference being the Artist Resins being combined with Customs, and having one judge judge a whole division. I have too many resins and customs as it is, so having a combined section meant I had to really think about who to take. But it's a good excuse to sell some of my customs as they won't get shown as much and I do find their finishes a bit more delicate than resins, especially when it gets warm.

Anyway here are some pics, apologies for the wonkyness of them! Enjoy! 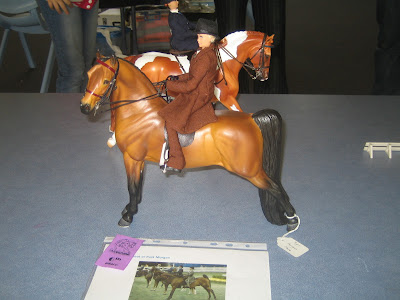 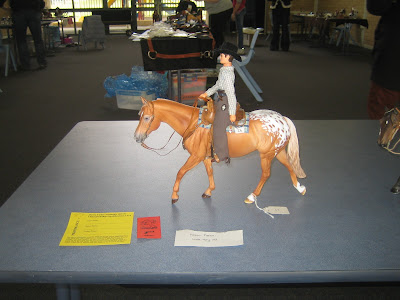 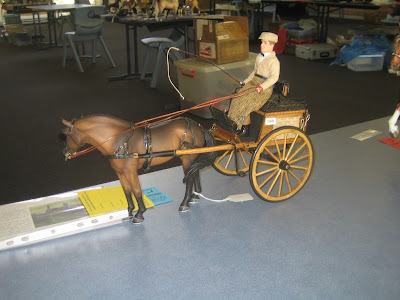 Galen, joint 1st in Other Performance 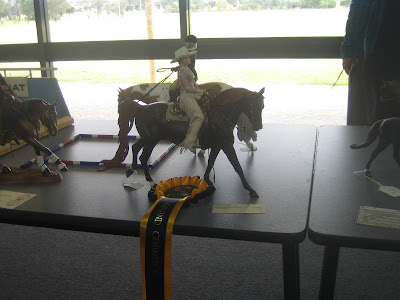 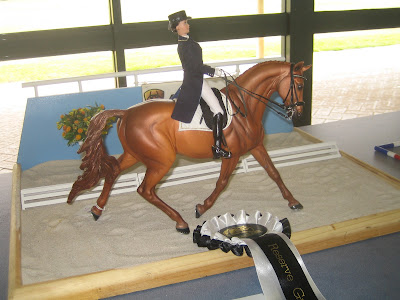 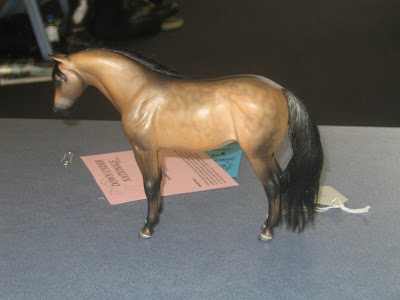 My customised Briony resin won the Repaint/Rehair/Reposition class. I repositioned her head and neck and Faye Cohen did the rest 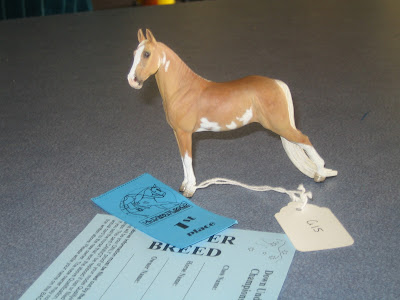 First for Sundance, painted by Amanda Greaves in her breed class. She also won the Mini Paint Pattern colour class too! 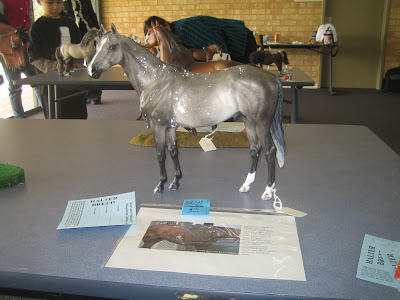 My spotty thoroughbred wins the sporthorse class, he was painted by Sherry Clayton 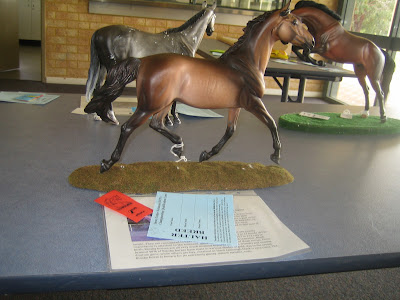 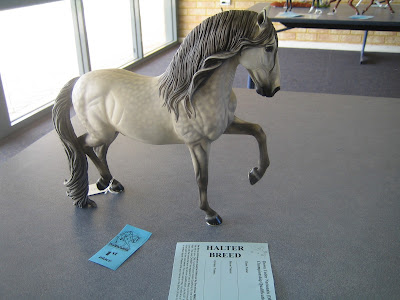 My handsome Gomez resin won the Other Pure Breed class. He also got a 3rd in the grey class and 5th in the traditional repaint class.

Something Wicked won the Other Partbred class. He is a Cooper resin painted by Teresa Botkins I introduced some of my Equorums to the Aussies. The OF classes were fairly quiet but I was very pleased with this first place in the Grey colour class 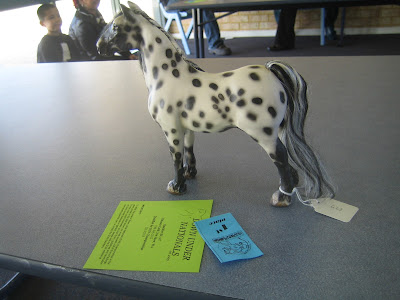 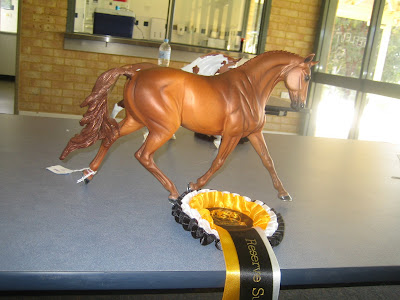 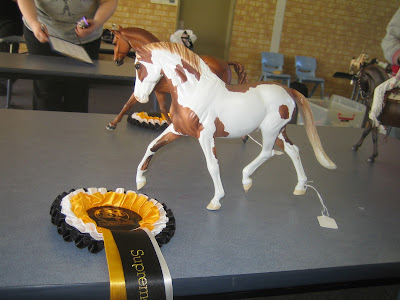 Posted by Four Corners Tack at 6:27 AM No comments: